Adding more to your Life and Spiritual Path

MORE THAN I COUNTED ON

After moving in September, unpacking and stacking to the ceiling what I can’t figure out what to get rid of yet, ordering propane for the winter, and getting shades for the windows, I now find I’m sad when I have to close up for the evening earlier because the colder Fall weather is here.

I have a view of the mountains and desert that many dream of having.  I watch the colors cascade through the day as if they were part of an artists pallet.  And the clouds can cover the peaks like fabric snagging on a tree branch.  It’s a toss-up who jumps farther when out for a walk, the jack rabbits, quail, coyotes and rattle snakes or me.  A stray bear or mountain lion gets spotted in the area at least once or twice a year and deer and antelope wander down for water in this drought ridden land.

It was Spirit and the semi-wild, semi suburb living that drew me here to the Southwest the most.  The people here where I live now are happy not having civilization in their backyard, but still having the ability to drive to it close by, within 6-8 miles.  You can see the stars at night and find hawks and vultures hunting in the sky on a regular basis.  I missed living in the mountains of Angel Fire and Taos and this is somewhere in between.   Well sort of, I stretched my imagination beyond the beyond during the really hot days at the end of summer.

So now as the light fads faster and faster earlier and earlier I have to cover all this outdoor beauty up or bundle up like the mummy while I type this.  But there isn’t much that can stop me on these cold nights from peeking out for a breathtaking view of those stars, even at 2AM.

Sparkling lights dancing in the dark sea above help me to imagine standing on the ancient deserts of Egypt gazing upon these infinite sights in wonder and awe.  Gazing up to ask what could be bigger than this and how can you not fathom yourself as an infinitesimal being in the whole of the universe.  I can see the Pharaoh standing looking at the moonlit sky asking for help and guidance, for answers to the age-old mysteries or how to best rule his country.  It takes me back to millennium far beyond my expectations of just moving here.  I am back home, a different home, a different time, a different space when I walk outside and look at the sky.  This is more than I expected from my new home.  And I pray it never truly grows any more urbanized than it already is because it will only spoil it all for everyone.  Then there will be nowhere to for us semi-wild people to go.

I have been to Egypt and stood on the desert in the middle of civilization, Giza, and yet, it was not like being there in the 21st century.  It became these same ancient sights and sounds of the Pharaoh, of me, of the ages all over again.  And now it follows me everywhere.  I guess that is a good thing, but I certainly didn’t count on it when I moved here.  Nice surprises everywhere. 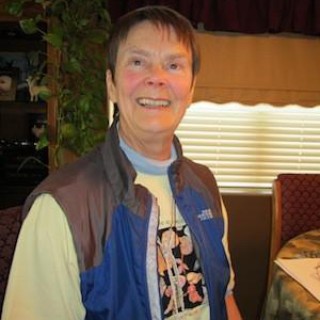 WHAT I DO. When those situations arise of "What is life throwing at me now?"  or "I know I have to change, but I don't know how."  I am who you call to help you explore how to find those answers and move forward in your life. As a Transformational Life Coach and intuitive psychic channel I am able to help you unlock the hidden areas of your life that need to be examined and explored in order for you to achieve your fullest potential. Using these skills and tools in combination with my energetic healing ability as a multilevel healer I can guide you through the maze to your answers within you for that new perspective, job, love relationship and fulfilling life.   I am a Reiki Energetic Healer/Teacher, Intuitive Psychic Reader, and Transformational Spiritual Counselor.